Tourist Guide: Cooking Up Kangaroo On The Barbecue 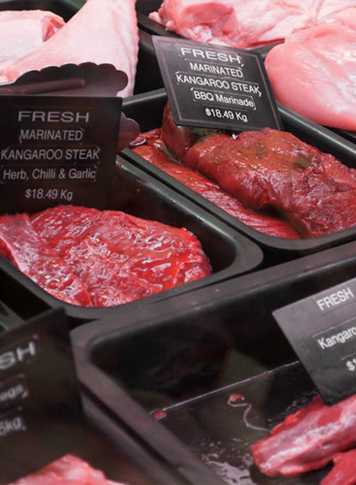 Everyone knows that Aussies love a barbecue (BBQ) right? We love to cook everything on the BBQ from basic sausages and steaks to sliced vegetables, bacon and eggs and even the odd roast cooked up in the Webber!

And as the only nation to eat an animal that appears in our coat of arms, did you know that Australians have discovered that the best way to eat Kangaroo is to BBQ your own? (That’s not an invitation to collect up some road kill by the way – we’re talking about the supermarket variety!)

If you’ve ever tried to seek out Kangaroo on a menu in an Australian city you may have discovered that it is mostly served in high-end restaurants. Restaurants that can put a bit of a dent in your dining budget!

As long as you have access to cooking facilities you can cook up your own Kangaroo feast and enjoy this delectable meal with your family. The reason for this is that Kangaroo has become more and more popular with Australians and is now available in the local supermarkets.

Both of Australia’s major supermarket chains, Woolworths and Coles, sell packaged kangaroo sausages, steaks and roasts. The sausages are particularly hilarious as they are called kanga bangers!

Getting together for a BBQ is the great Australian pastime. If you don’t have your own BBQ or have access to one in your holiday accommodation, you only need to go to your local park and you’ll most likely find a fully functioning BBQ available for your use. Some need you to collect wood and start a fire under the supplied plate while others will operate on gas – sometimes this is free and sometimes you need to insert a couple of coins to start up the heat.

(Please remember to take paper towel with you and always clean the public BBQ’s after you use them. There’s nothing worse than heading off to the park for a fun afternoon of BQing with your friends only to discover all the BBQ’s have been left dirty with baked on food!)

You can cook up your Kangaroo feast on a suitable BBQ and share your tasty meal with your family and friends. Bring along drinks, a salad and some bread rolls and you have the makings of a great afternoon trying new food.

If you have access to an oven try cooking up a kangaroo roast. Woolworths and Coles both supply these pre-seasoned. All you need to do is pop them in the oven for the required amount of time, then let them sit for a few minutes before carving. Serve with roast vegetables and salad and you’ll have everyone asking for seconds.

And you won’t have to pay the prices asked in those restaurants you were researching earlier!

Kangaroo is very reasonably priced compared to other Australian meat. It is low in fat and has a pleasing taste. Once you try it you’ll wonder why more people don’t eat it!

Plus you’ll have your own new story to tell!

[From the editor:] If you are trying kangaroo for the first time, a perfect marinade to use for regular unflavoured steaks is a mix of honey, sweet soy sauce, sesame seeds and a touch of lemon. This is my personal favourite Kangaroo marinade and it can be cooked on the bbq for an added complementary smoked flavour. 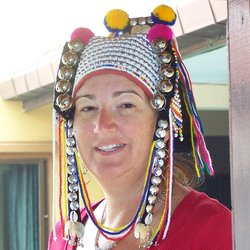