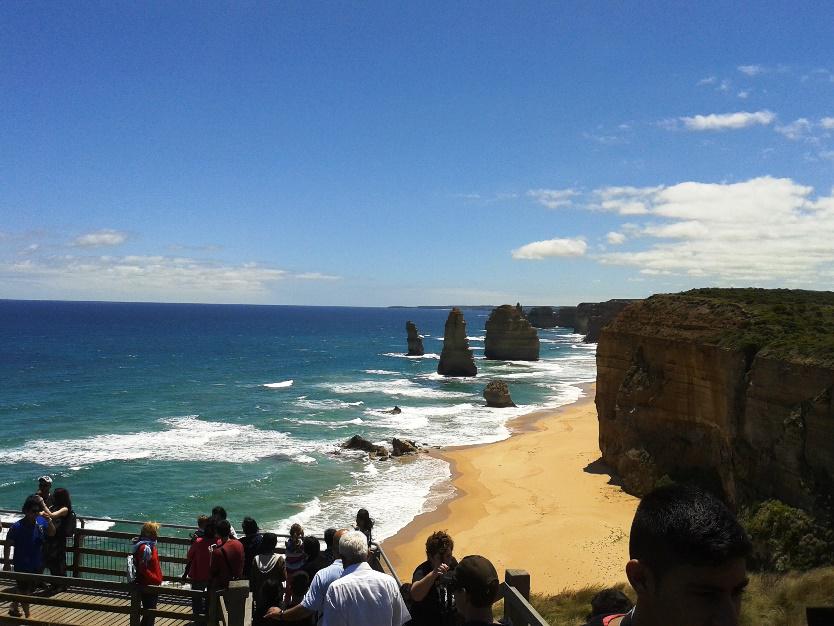 Down the Great Ocean Road

The Great Ocean Road is one the world’s most beautiful coastlines. Every turn on this road overlooks the serene Pacific Ocean which will leave one in awe. One cannot stop admiring the pristine beaches which keeps on coming by the side of this 243 kilometers long road. I took the Greyhound’s double decker bus service for the day tour of The Great Ocean Road. Unfortunately, the weather was cloudy on the day I took the trip. 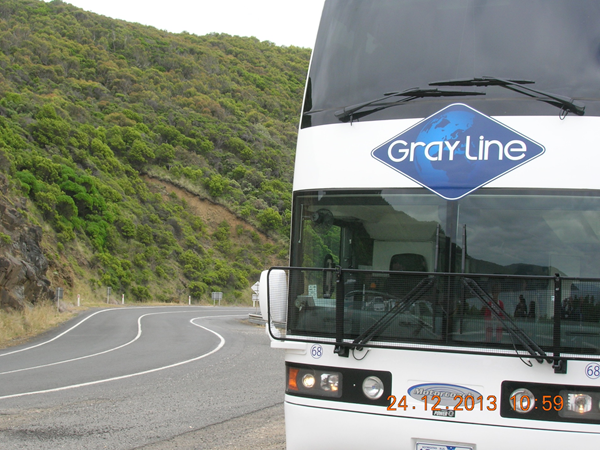 The first stop was at the Great Ocean Road memorial arch. It was built as a tribute to the soldiers from the First World War who were engaged in the construction of the Great Ocean Road. There is a sculpture by the side which commemorates the returned servicemen. I got down there. Morning black coffee was sponsored for all the greyhound customers. I was sitting there under the clouds, sipping in the amazing coffee and looking around at the memorial, the ocean and the sculpture, enjoying the peaceful setting. After a small photography session, we were back on the road. 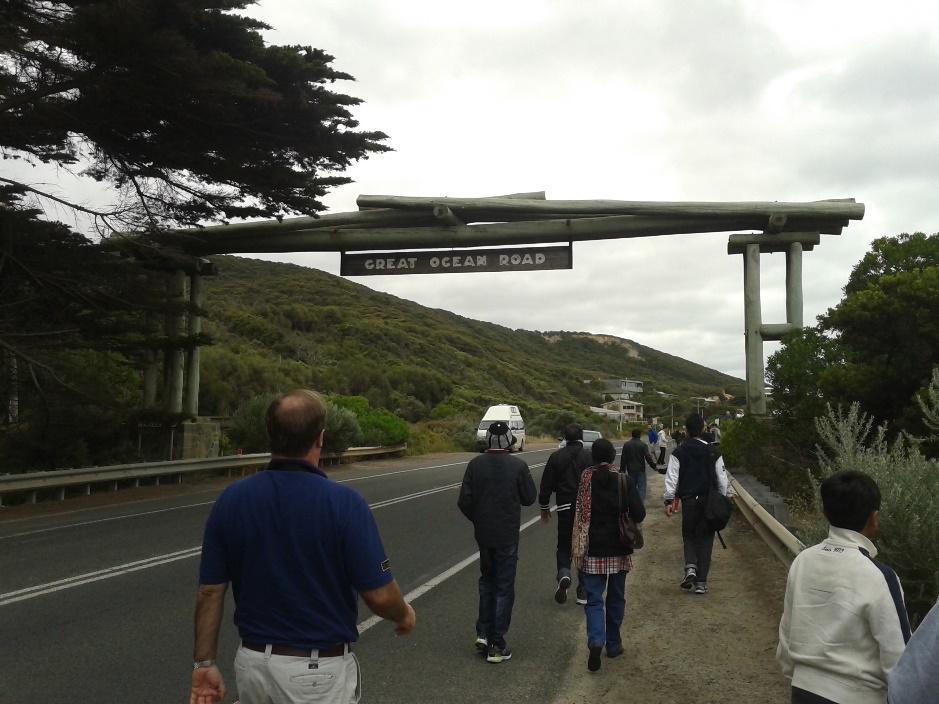 After crossing many beaches and encountering wild lush green vegetation, we reached Apollo Bay. We stopped there for lunch. This coastal town was very beautiful, green and clean. There was a park where people were on a picnic having food and fun with their loved ones. Children were skateboarding on the skating rink. It had an ebullient atmosphere. After having lunch, I strolled on the beach by the town breathing in fresh air. There is not a hint of pollution there. After embracing the beauty of the gorgeous city, I hopped on the bus again. 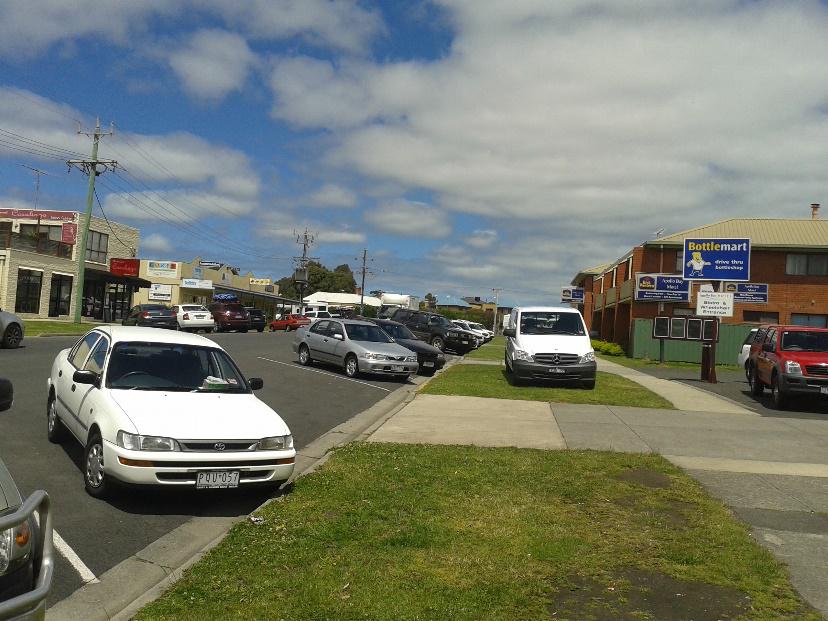 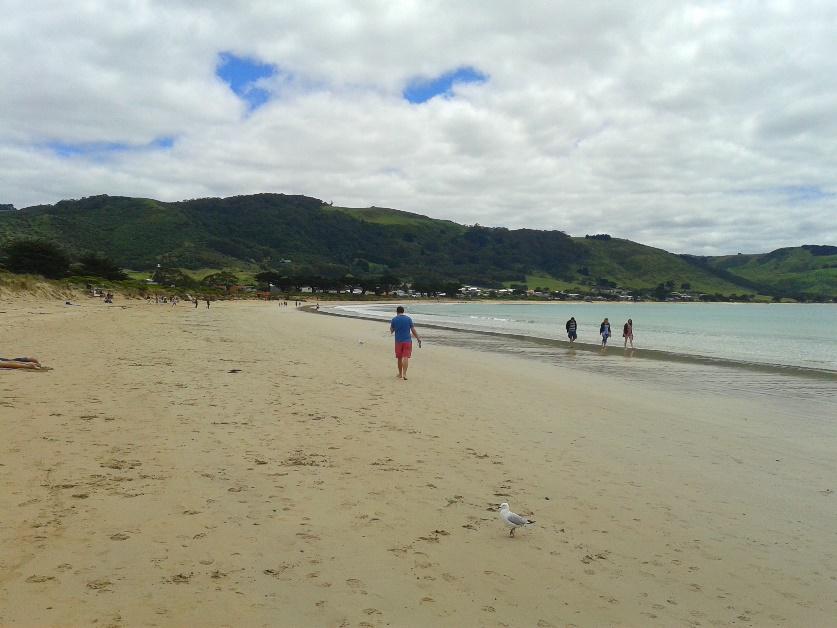 As we proceeded down the road, the sun finally shone and the sky became clear. We started encountering lush green small valleys and dark blue water of the Pacific Ocean could be seen glistening in sunshine over these valleys. Finally, witnessing all these, we reached the 12 apostles. The world famous 12 apostles are limestone stacks by the side of the Great Ocean Road. Unfortunately, out of the 12, only 8 of them are remaining. These apostles are the result of extreme weather conditions leading to erosion and formation of stacks which are approximately 50m high. I was awestruck at the picturesque view there. 8 apostles standing there in the magnificent blue water shining in the bright sunshine. The runic beauty of the place acts as a placebo. A helicopter ride above these apostles is also available from there. 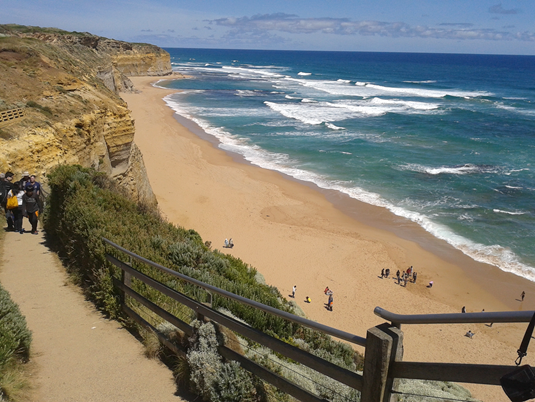 Nearby attractions include the Gibson steps and the Loch Ard Gorge. Gibson steps is an area of cliffs where there is a stairway leading down to the beach. I did not have time so could not go down the steps. But the beach is surely worth the steps. Another interesting place is Lock Ard Gorge, a part of the Port Campbell National Park, which gets its name from the Loch Ard ship which faced a devastating wreckage there in 1878. Ironically, Loch Ard Gorge is a treat for the eyes. The color of the ocean is multifarious there with green, light blue and Prussian blue hues. After soaking in the stunning beauty of these places, we headed back to Melbourne having a myriad of beautiful memories of the trip with us which can be cherished lifelong. 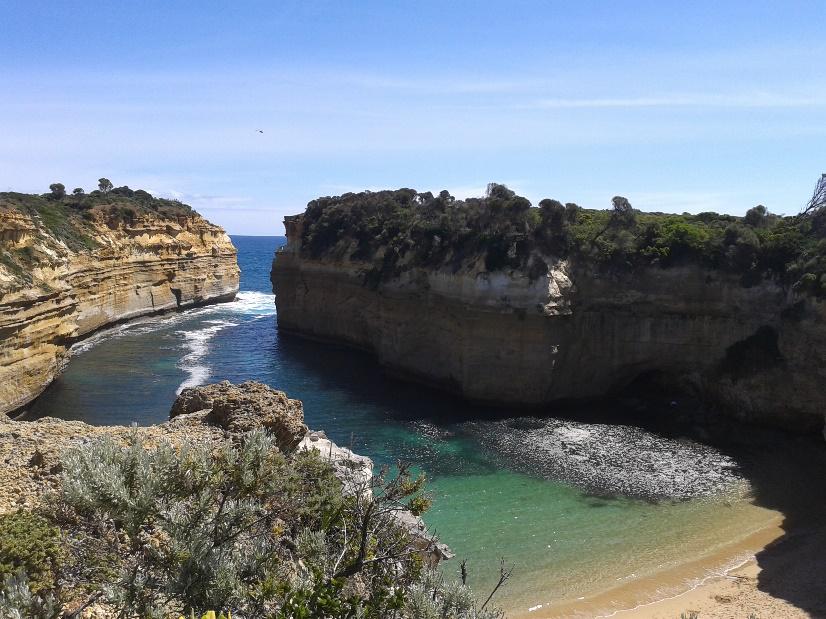 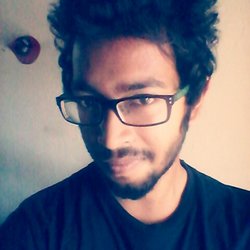