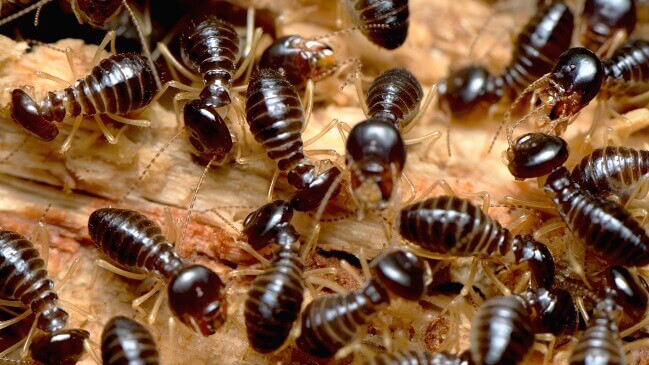 Termites are often referred to as costly pests because of their destructive behaviour caused by their diet requirements. There are around 2750 species of termites found worldwide, however, only a few such as the drywood and subterranean species are considered as a pest to humans. They are not only found outdoors but also found indoors, munching on your wooden furniture.

But just like any other pest, to properly eradicate them from your home, you will first need to identify which type of species you are dealing with. To help you do so, let’s dig into the differences between drywood and subterranean termites:

Drywood and subterranean termites look very similar as they both appear to be white, brown, or in some cases translucent. However, Drywoods are bigger than subterraneans.

• Where do they live?

Just as their name suggests, drywood termite’s preferred environment to build their nest is in wooden structures. This is considered as the main sign that helps distinguish between them.

The first and main sign of a drywood invasion is the appearance of insect waste also known as frass. You will often find it on any flat surfaces or floor under the wooden furniture that they are invading.

When seen from afar, frass often appears like sawdust, however, if you look at it closely, you will notice the distinct-coloured pellets. Drywood termites do not need their frass for any purpose which is why they make a tiny hole in the wood and remove their frass by pushing it out through the hole.

Since they live inside the wood that they have infested and their colonies are smaller, it is hard to detect an invasion, therefore the appearance of frass is considered as the main sign that indicates their presence.

Drywood and subterranean workers both look similar, however, subterranean soldiers have yellowish-brown large heads and the flying insects that are also known as alates are dark brown or black.

• Where do they live?

As compared to drywoods, subterraneans prefer living underground because this species requires moisture to live. To maintain the humidity within their tunnels and nests as well as for materials to build nests and tunnels they stay underground. However, if there is sufficient moisture present, they can also build their nests above the ground.

The main sign of a subterranean infestation is mud tubes. They use mud tubes as a passage that connects the food sources above the ground to their colonies residing underground.

They make these mud tubes using their saliva, wood, feces, and soil. It is because of these mud tubes that they are able to travel above and underground frequently while foraging for food. The mud tubes also maintain the humidity around them as well as shields them from nearby predators.

You will often find these dark brown mud tubes along your property’s foundation or along floor joints as that is where they enter your property from the surrounding ground. Sadly, because the signs of an invasion are so minute and because it is hard to detect, it usually goes unnoticed for a long time.

By the time you have discovered a present infestation, the situation would have probably worsened, ruining your wooden furniture and costing you a fortune to replace them with new furniture.

In a nutshell, these pests can do a lot of damage to your property and wooden furniture if not kept at bay. Although it is difficult to spot their presence at an early stage, conducting pest control and removal services regularly can prevent a future infestation, and knowing the difference between the different types of species will also help you use accurate bait systems and eradicate their presence effectively.

If you have noticed any signs of an invasion, it would be best for you to contact a reliable pest exterminator and get your home thoroughly examined and inspected for any presence of pests or insects.

Muzi Tsolakis is the founder of Protech Pest Control that is famous in Melbourne for its thorough and efficient Termite Inspection and Termite Protection. 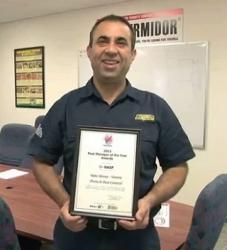