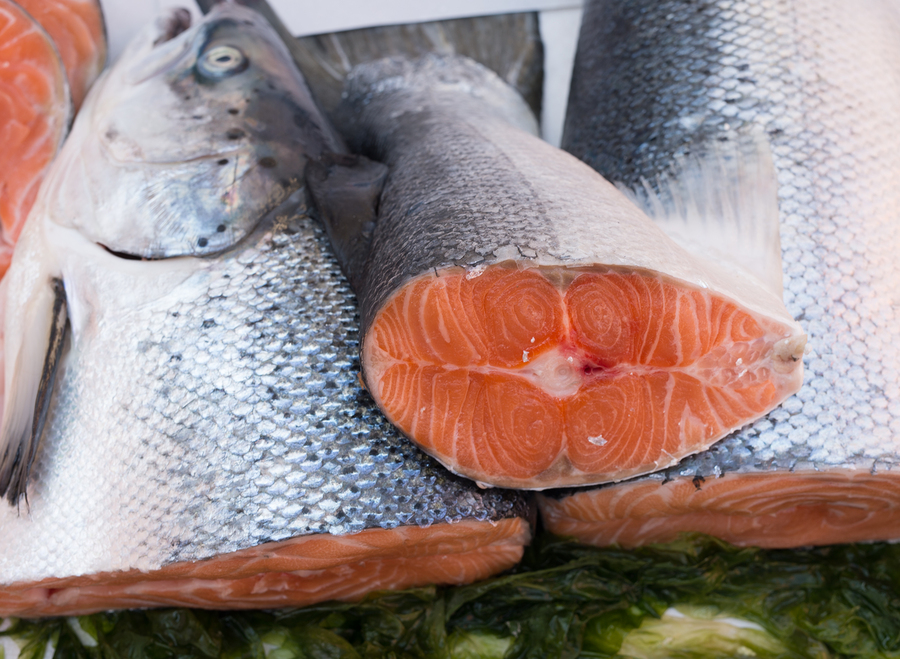 Is farmed salmon the same as wild?

Astaxanthin is a carotenoid found in mainly marine environments. It has become known as an antioxidant that can help protect cells from damage and help to fight a variety of diseases. It is responsible for the pink color of the flesh of some fish such as salmon as well as many crustaceans such as shrimp. It Is produced by a microalga and consumed by larger animals. Astaxanthin is occurs naturally, but has also been synthetically manufactured. This astaxanthin is commonly referred to as “nature identical.” While it still provides the pink color to fish such as salmon, it doe not have the fatty acids attached to the molecules. Astaxanthin in manufactured for a variety of foods and even supplements. However, these items are often not labeled as such. Without the addition of synthetic astaxanthin, salmon meat from farmed salmon would be a whitish or grayish color. Consumers would shy away from farmed salmon without this addition.

That was one of the issues of a ABC Four Corners investigative story on Tassal, Tasmania’s largest salmon provider. CEO Mark Ryan told Four Corners the astaxanthin the company had been using was “nature identical.” But shortly after the Four Corners story, looked to turn to a natural astaxanthin. Because consumers are getting ever more savvy and demanding to know what is in the foods they eat and how those foods are created, companies such as Tassal are coming under closer scrutiny. While some countries, such as the United States, have truth in labelling laws that would demand such a synthetically manufactured compound be listed as such, many other countries do not afford its citizens those protections.

Tassal, Ryan said, would be working with its major feed supplier, Skettring, to make a move to natural astaxanthin, and others are following suit. Finding a sustainable and reliable source of natural astaxanthin, however, is difficult and problematic. It is for that reason that astaxanthin has been produced synthetically for decades. Natural astaxanthin will prove to be more expensive for the salmon producer. Roger Montgomery from Montgomery Investment Management went so far as to say it may be fiscally irresponsible for Tassal to turn to a natural product, due to those increased costs. The company, he said, may actually face more scrutiny for making that change than for continuing on with the “nature identical” astaxanthin it uses now.

“The majority of consumers are buying many, many other foods that are artificially flavored and coloured,” he said in an interview. “The fact that salmon has a synthetic colouring is not gong to move the dial all that much.”

While it may be true that many of the food consumers eat today do contain artificial ingredients, consumers still want to know what they are eating. They want to make the decision for themselves whether or not to ingest any ingredient that is not naturally-made. With the salmon industry expected to be a billion dollar industry in the next two decades, the magnitude of the issue at hand can be truly felt on a national level. The desire to be fiscally responsible to stakeholders must be taken into consideration by companies in all industries, but the consumers’ demand to be more in control of what they eat and decisions on synthetic or artificial flavours, colours and compounds must also be at the forefront of responsible business. At this time, Tassal said they would work through their remaining stock of feed containing the “nature identical” astaxanthin, but then would work with suppliers to source a natural version of the product.