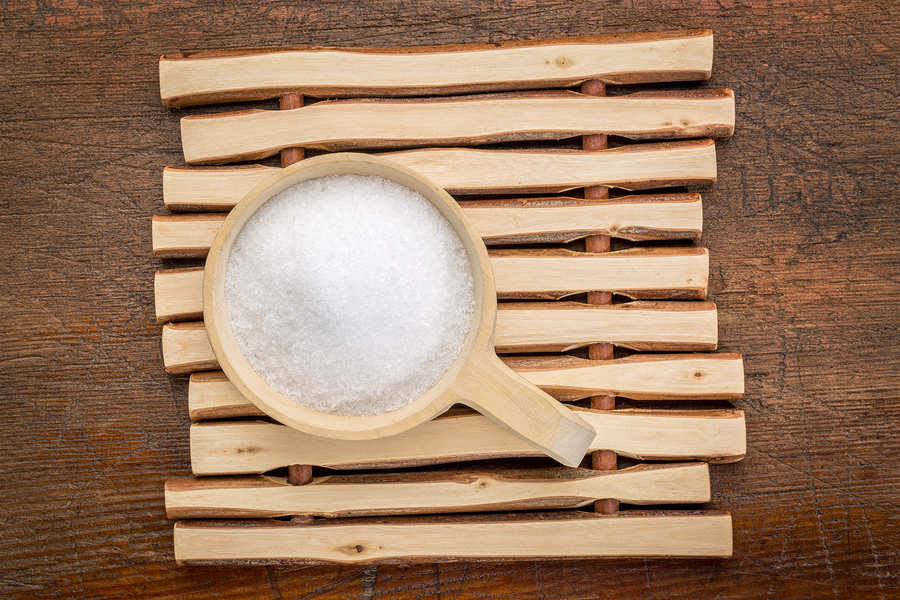 Organic farming or processes have been seen as a concept that benefits the environment, but also consumers. This is because the system is considered 100% natural as even the pest control substances and fertilisers used in their production processes are derived from wastes produced by both animal and plant life. The development of modern organic farming picked up pace in response to the environmental harm that human activities have caused over the last 100 years and in comparison to conventional products, organic products are less harmful not only to the environment but also to the consumers. Organic processes are currently being applied to numerous end-user product production processes apart from crops which include among others cheese, cooking oil, beverages and even Epsom salts. This article will look into the benefits of organic Epsom salt available in Australia from buyorganicsonline.com.au.

The name or origin of Epsom salt comes from the English town in which this remarkable naturally occurring element was discovered. Based on historical accounts, it was somewhere in the summer of 1618 when cowherd Henry Wicker walked along Epsom Common where he supposedly chanced across a pool of water and strangely enough despite the drought, his thirsty cattle refused to drink from the pool of water. Upon closer inspection, Wicker found that the water tasted bitter and when the water evaporated a salt-like residue remained which had an amazing effect. Wicker had discovered the most amazing laxative known to mankind at that point in time and was subsequently used to treat constipation for more than three centuries.

To a chemistry expert, Epsom salt would not be considered strictly salt but placed under the category of natural compounds based on the fact that Epsom salt consists of two primary elements which are magnesium and sulphate. From a more technical perspective, Epsom salt is hydrated magnesium sulphate or MgSO4⋅7H2O that occur naturally forming small colourless crystals that are used for a dozen different purposes. Industries use Epsom salt in fertilisers, tanning leather and dyeing fabrics and the medical industry uses Epsom salt primarily as a cathartic. The fact that Epsom salt basically contains Magnesium, Sulphate, Oxygen and Hydrogen, the compound is produced synthetically for industrial purposes due to the large quantities that are needed for processes. These ‘industrial Epsom salt’ are also sold off the shelf as regular Epsom salt and their effectiveness in comparison to natural or organic Epsom salt has yet to be thoroughly examined. Among the reasons as to why producing a comparative effectiveness chart between natural or organic Epsom salt with synthesised Epsom salt would be a challenge is due to the that organic Epsom salt has been used to treat a large number of ailments for hundreds of years. Hence, the shortcomings of synthesised Epsom salt have yet to be researched. Nevertheless, the value or benefits of organic Epsom salt is unquestionable simply based on the fact that organic Epsom salts have withstood the test of time and its effectiveness has been witnessed the world over.

Medical science has proven the fact that magnesium is a critical element towards the biological functions of organic life forms on Earth. Magnesium specifically has numerous health benefits and the fact that both magnesium and sulphate are easily absorbed by us through our skin, make administering Epsom salt rather easy via Epsom salt baths. The fact that Epsom salt baths are known to enhance healing processes naturally and help patients recuperate from ailments is the reason as to why it is the most common or practical way to reap its benefits naturally. Despite the bitter taste of Epsom salt, people still ingest Epsom salt orally in order to treat constipation; however, it is always advised to consult a health professional prior to using Epsom salt as a laxative.

Other benefits of Epsom salt that are notable and some even proven via clinical trials include the fact that Epsom salt baths are natural stress busters. Stress, in essence, depletes magnesium and Epsom salt baths replenishes magnesium levels rapidly. Apart from that, both magnesium and sulphate enhances our tolerance to pain, prevents muscle cramping and as well as inflammation. The fact that both these elements (magnesium and sulphate) enhance electrolyte cycles they automatically support muscle and nerve functions whilst improving blood circulation and artery elasticity. Last, but not least, organic Epsom salt is among the most effective detoxification agent due to the reverse osmosis effect that it creates enabling our biological system to easily remove toxins from our bodies.