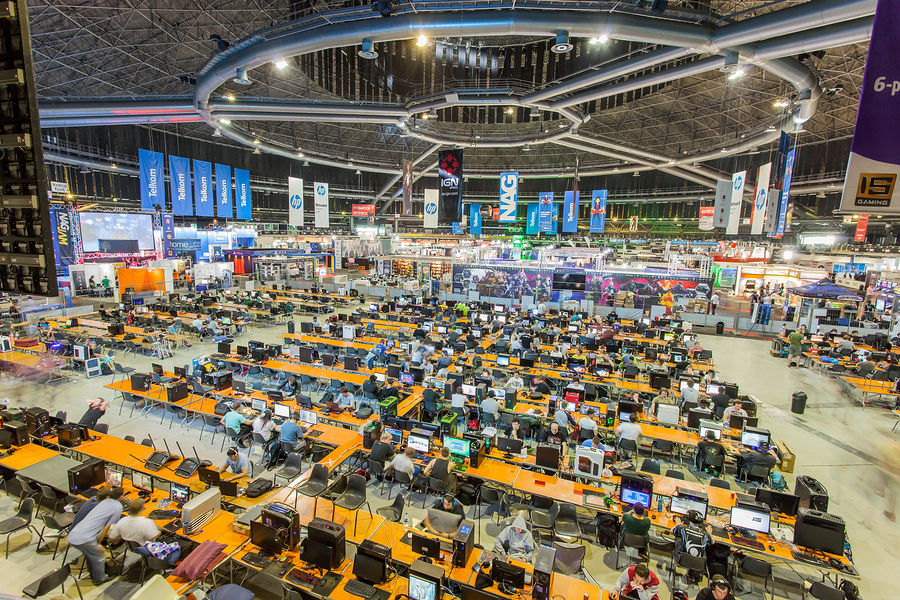 The expo was a venue that gamers who are usually barricaded in their rooms could get the latest updates on the ‘gaming industry’s’ latest developments, enjoy concerts customised just for gamers, gain insight on game topic panels and browse booths set-up by independent and mainstream game developers and publishers. However, it did take time for PAX to gain momentum as the first PAX held at Bellevue, Washington was attended by only about 3,000 people; attendance grew at a phenomenal rate as in 2005 there more than 9,000 attendees and this figure more than doubled in 2006.

By 2011, attendance had reached a staggering 70,000 gamers rendering previous venues too small to cope with the high attendance at which point reporting attendance became too much of a logistic problem. In 2013, PAX Prime was held for four days for the first time from the 30th of August to the 2nd of September, the passes were completely sold out in approximately six hours. It was in that same year that PAX went international and PAX Australia 2013 was held from the 19th until the 21st of July, 2013 at the Melbourne Showground before being relocated at the Melbourne Convention and Exhibition Centre where it has remained up to now.

PAX brings the best of the gaming world to the masses and is an event that those who are into gaming should not skip. It is being regarded as the ‘ultimate gaming event’ of the decade and for very good reason because this time around the event organisers went beyond expectations.

It is not an understatement to say that it will be an event that attendees will not forget as gamers will be in for a treat not only because they will have a chance to try out the latest games in the market, but they will also be able to take a trip down memory lane as the organisers have prepared classic games along with consoles within the Console Free play area. Apart from that gamers will also have the opportunity to get a heads-up of unreleased games and as well as hardware before they hit retails giving them the chance to try out the games before buying them.

Some of the games that are being expected to be presented at the event include Dota, Age of Wonders, Blood-stained, Borderlands, Call of Duty, Crash Bandicoot, Doom, Far Cry, Final Fantasy, God Eater, Luigi’s Mansion, Marvel Ultimate Alliance and many others. Xbox One, Play Station Vita, iOS, Nintendo Switch and Wii U are some of the platforms that will be featuring some of the unreleased games that gamers have been waiting patiently for. A variety of PC gaming systems set up for high end use and competitive e-sports is also on display, to find out more about current high end gaming hardware you can visit the website for LNR Gaming in Australia, or buy from the shop.

The entire event has been meticulously planned complete with lots of places to sit, chat and enjoy the games that will be presented. Show bags will be handed out at ‘Entrance 1’ between 11 am and 8 pm on Friday and Saturday. On Sunday the bags will be handed out from 11 am right up to 6 pm and badges are available at the registration desk at the main entrance of the Exhibition Centre between 4 pm and 8 pm on Thursday, 8 am onwards on Friday, Saturday and Sunday.

The event is expected to attract a large crowd and to avoid the congestion, its best to leave early and arrive early. There are plenty of ways to get there, but the best route to get to the Exhibition and Convention Centre is definitely via tram (tram 96, 109 or 12), take one of these trams and get-off at Clarendon Street. Another option to get there is to take a walk along the Yarra from Flinders Street Station which is about a 10-minute walk. For those who drive there are about five car parks that are available within proximity to the centre (Car Park pricing varies).

Gamers are expected to have the times of their lives at this event and disappointed they will not be based on everything that is going to be rolled out at this global event!