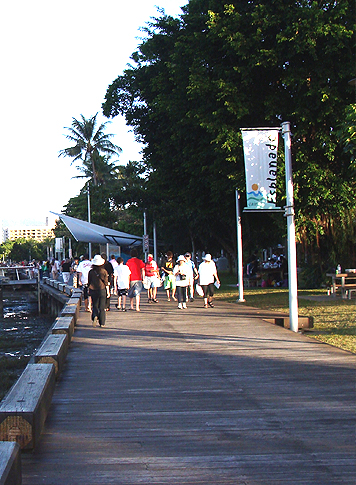 The Esplanade is a 2.5 km (1.6 miles) street that takes place along the water where the closest reef of the Great Barrier Reef, Green Island, lies 27.5 km (17 miles) from the coast.

The central part of the Esplanade is the “Lagoon”, which is a large manmade swimming pool that lies on the coast and acts as a beach, complete with a sandy area and a grassy area that has benches and electric barbeque grills. The Lagoon and its facilities are all completely free to use year round.It is fairly new, having been completed about 10 years ago. It was built because Cairns is a city with no available beachfront access because the tide is so low that it is often just mud. Plus, the box jellyfish and saltwater crocodiles aren’t very pleasant creatures to swim with either.

Cairns experiences warm weather year round, which makes a dip in the cool water of the Lagoon super refreshing. It’s also a very family-oriented place because there is a shallow end for the kids and a deeper end for the teenagers and adults.

Many events are happening in Cairns, and they are all on the Esplanade. It’s a very busy place all day and all night because of all the restaurants, hostels, and nightclubs. I was fortunate enough to live in Cairns for a month on the Esplanade in the hostel Global Backpackers Cairns Waterfront. Cairns is an extremely fun place, at least for me, because of a constant sun and access to the Lagoon and all the young people that come from all over the world staying in the city.

I was also fortunate enough to experience the Cairns Festival 2014, which occurred for a week starting at the end of August. It opened up with a big music festival right outside my hostel on the Esplanade, then finished the first day with a huge firework spectacular over the ocean.

There was a big parade the next day that I got to watch from my balcony, and the rest of the week continued with activities for kids and teens and more music festivals (some activities cost money and some were free). 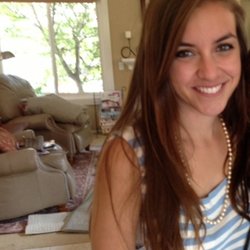