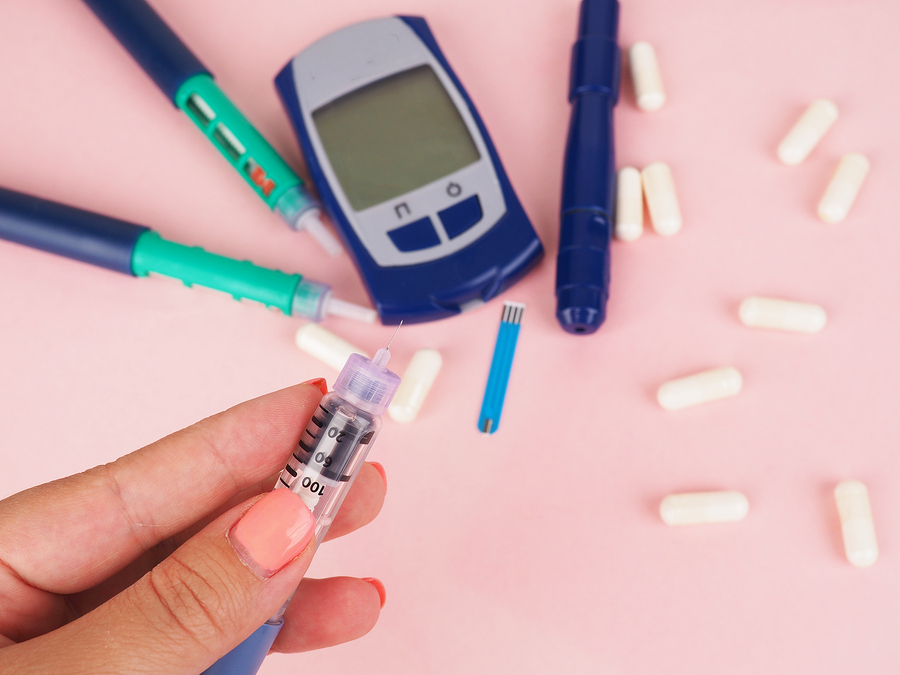 Diabetes: Cause and Prevention

Glucose is an essential requirement of the body, since it’s used to provide energy. It is mainly obtained through consumption of carbohydrates. These carbohydrates are then converted to glucose through digestion.

Glucose is also obtained from the liver, where it’s usually stored. Storage of glucose in the liver is a form of ensuring that the body has a constant supply of glucose even when you have not eaten.

However, this glucose is only needed in a useful amount in the body. When it is in excess, a person is then diagnosed with Diabetes. This is harmful to the body and can cause serious complications. It can damage the kidney, nerves and eyes. It can also cause stroke and heart disease.

Insulin is a hormone produced by beta cells in the pancreas. Its purpose is to allow glucose to enter into body cells, so that it can be used to produce energy which is very important for normal body functioning. Insulin also controls the release of glucose by the liver into the blood, depending on the glucose levels in the body.

Having glucose levels higher than the normal amount is usually either because your pancreas does not produce insulin, or the insulin is not enough to help the glucose present in the body to enter into the body cells. It can also be due to the insulin not functioning properly. This brings about different types of Diabetes.

This type of Diabetes is caused by the body not producing insulin. This is due to destruction of Beta cells in the pancreas.

It mostly appears in childhood or adolescent ages, but it can also appear in adult age. Unlike type 2 diabetes, this type of diabetes cannot be prevented. However, it is not common and can be accounted to only 10% of Diabetes cases.

This type of diabetes is commonly diagnosed in adults but can also be found in young people. It is also more likely to occur in people that are overweight or physically inactive. Being overweight makes the body resistant to insulin or makes the pancreas sluggish in production of insulin.

This leads to high amounts of glucose in the blood.

This is a type of diabetes that is only found in pregnant women. Pregnant women can have a lot of glucose in their body. This is because they may not be able to produce the amount of insulin required by their body. During pregnancy, insulin is usually required approximately three times more than without pregnancy.

This type of diabetes is not permanent and usually disappears after pregnancy. However, it increases the chances of getting type 2 diabetes in the future. Women who have had it are therefore advised to have annual blood sugar tests carried out.

The signs of getting diabetes can be so mild that you can’t notice them. This is especially in cases of type 2 diabetes.

Some common symptoms of diabetes include;

If you happen to have some of these symptoms, you may need to get tested.

Autoimmune destruction is the cause of the destruction of beta cells that are responsible for production of insulin in the pancreas. This happens when the immune system of your body mistakes the beta cells in your pancreas as harmful.

It therefore attacks them and destroys them such that they can’t continue producing insulin.

The major cause of type 2 diabetes is insulin resistance. This is where your body does utilise the insulin produced as well as it should. Since insulin is used to move glucose from the bloodstream to the cells for energy production, glucose builds up in the blood. This condition has two major causes; Genetics and lifestyle.

Unlike type 1 diabetes, type 2 can’t be directly inherited. However, having it in your family increases the chances of suffering from the condition.

Lifestyle plays a key role in getting type 2 diabetes.

Some of the lifestyles that affect the development of this type of diabetes include:

Apart from insulin resistance, type 2 diabetes can also be caused by the pancreas producing insulin amounts that are not enough.

This will also lead to build up of sugar in the blood. Research is still ongoing to determine the factors that cause this situation.

In severe cases, medications are brought in and insulin injected, in terms of type 1 diabetes, going without insulin is often not possible, as the body has become dependent upon delivery of insulin via injection, due to the pancreas not producing enough insulin to sustain the body.

Upon learning that you have developed type 1 diabetes, there are certain risk factors associated with the disease. These include the lowering of the bodies ability to repair muscle tissue and cartilage in the body, along with a lowering of the ability to heal bone damage / breaks.

Keeping your blood sugars completely under control, and eliminating sugar as much as possible from the diet is required to minimise these symptoms to a manageable degree.

Further issues with type 1 diabetes is the risk of developing nerve damage due to poor circulation in the body, mainly around extremities such as the hands and feet. Keeping these areas warm, and also ensuring they retain proper circulation is vital to prevent nerve and tissue damage.

Often if not managed correctly, the bodies extremities can develop gangrene, in which the fingers or toes effectively can not maintain circulation and begin to die, causing the toes to require amputation.

While controlling blood sugar and limiting excessive sugar intake, while maintaining proper exercise is the most important way to prevent the risk of gangrene, there are also clothing available to protect the feet, known as diabetics socks, which can assist to promote further circulation to the feet and toes.

Type 2 diabetes can often be reversed within the first 2 years by eliminating sugar from the diet as much as possible. Starvation diets of 600 – 700 calories a day have shown to reverse type 2 diabetes over the course of 12 weeks. Type 2 diabetes begins due to an increase of fat in the pancreas, which can be reversed by strict diet changes to promote fat loss.

Often if sugar is kept in the diet it is not possible to trigger the fat metabolism response required, hence a switch to either a 600 – 700 calories a day diet consisting of low sugars, or a sugar free diet, while additionally trimming extra fat trimming off most meats can usually result in enough fat loss on the pancreas to reduce or eliminate the severity of type 2 diabetes symptoms and blood sugar problems.

In order to reduce the chances of being diagnosed with diabetes, you should consider the following tips;

Have a proper diet plan

This will make sure your body gets all its required nutrients and in healthy proportions. Eating healthy is always a major factor in preventing most diseases.

It is always advisable to see your doctor once a year to carry out blood sugar tests. This will help you stay healthy and free from diabetes, if detected early, most cases of diabetes can be reversed entirely via diet change.