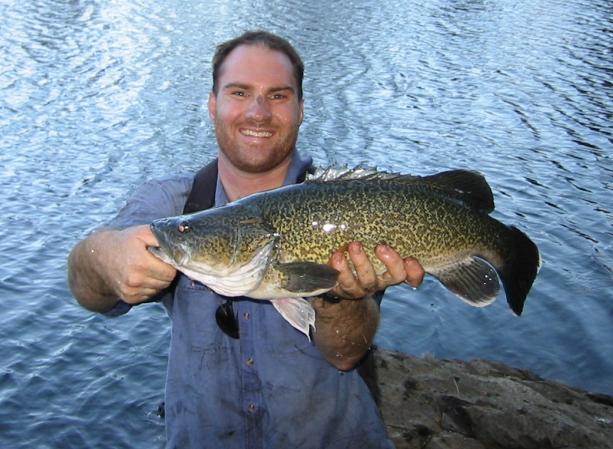 Fishing using a hook and line is by far a large European tradition which was introduced to Australia from the very first time of settlement. Fishermen quickly gained respect for some of the larger species in Australia, as they proved great fighters, and even greater eating, compared to European species.

Some baits used in Europe will also work in Australia, earthworms are the most common, which can not be overlooked no matter where in the world you are fishing. However there are a variety of native baits in Australia which can be used, the most commonplace type includes the use of tree dwelling grubs, especially wattle grubs, which dominated early settlement baits for all native species.

The wattle tree is a symbol of South Eastern Australia, growing throughout most forests and bush areas, the trees are strong and very resilient to drought and flooding, meaning they will be a common site for anyone visiting the states of Victoria and New South Wales.

Due to the fact there are so many of these trees, it is also common for the grubs which live within them to end up emerging in the water, especially around submerged tree roots where adult grubs are most commonly found, and fallen branches which end up in the water as fresh driftwood.

In fact, most Australian Perch species, a series of 5 perch like fish (Yellowbelly / Golden Perch, Macquarie Perch, Estuary Perch, Australian Bass and Silver Perch), along with the Murray Cod, all prized by Australian fishermen, are known to feed upon grubs located on or around driftwood and submerged plants at the side of rivers.

As time has passed and urbanisation has expanded within Australia, the wattle grub, or any tree grub for that matter, has commonly been overlooked by almost all fishermen. Combined with the growing trend to target species using fishing lures alone, this over century old practice is now almost forgotten. 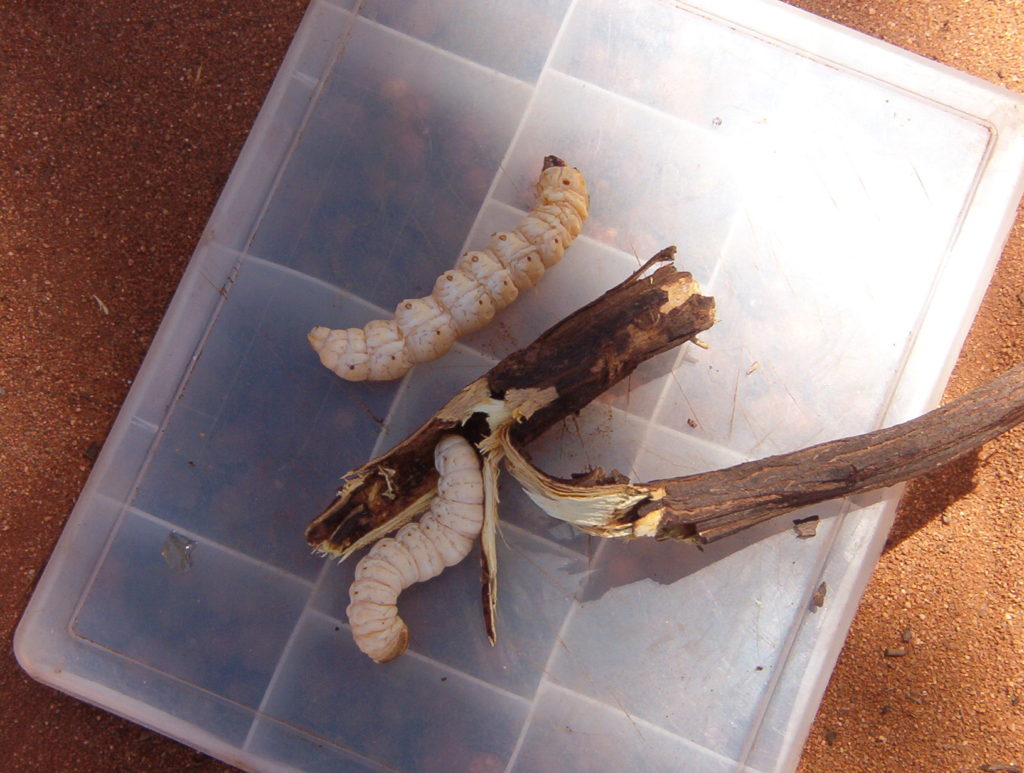 These grubs however were not abandoned due to failure, fishermen would often use them both sunk or floated on a hook, along with hooked and fished the same way we would cast a regular fishing lure these days. Major success has been had using grubs both on native Australian Perches and while Redfin fishing (an introduced perch species from Europe), especially up until the late 1970’s.

The practice can still continue today, however obtaining the grubs lawfully can be a problem, Australia in the last 3 decades has seen a major shift towards conservation, potentially another main reason the practice of fishing using grubs has almost ended. Locals however, whom collect firewood from private property, or from areas where firewood harvesting or collecting is allowed by the local city or state, will often find these grubs while splitting the wood. It is definitely not advised to harvest wood without permission in Australia though, as extremely heavy fines often apply.

They live inside burrows in the tree, snaking through the central wood in the trunk and branches, before eventually making it to the stump of the tree, where as adults, they often burrow out of and emerge, ready to take on the world shortly afterwards as a winged insect. They can be collected during wood splitting, and kept in a dark container where light will not penetrate, with a mixture of peat-moss and bark mulch, available from gardening stores, to keep them alive. Refrigeration is often not required.

The grubs themselves are always a developing moth like insect, they can be found in most native trees, making them very common throughout all of Australia. Although each tree often holds a different species of insect larvae, their development process is commonly the same.

It would take a dedicated angler to fish using these grubs as bait in Australia today, however the use of grubs for fishing will likely not seem an odd choice if mentioned to most people, as in Australia, their use has been popularised in traditional Australian food. The Aboriginal tribes of Australia would, and some still do, commonly eat the grubs as an abundant source of food. Grubs are one of the most commonly known ‘bush foods’ of Australia, where they go by a common name of ‘witchetty grubs’.

Fishing when using them is very simple, they can either be placed on a hook of suitable size and sunk on a running sinker or float type set up. Or due to their weight, mature grubs can even be cast using just the hook and line alone, and trolled or cast and retrieved just like a regular fishing lure would be. Keeping in mind that the young larvae can be as small as a centimetre, right up to about 2 inches in width, and the length of your hand, for a large mature adult (species dependent of course).

In the ‘outback’, a term for the baron or desert-like lands of Australia, varieties of wood grubs can also be found, in fact the largest varieties are most common in central Australia.

If you are fishing a river anywhere in Australia with a lot of native foliage nearby, there is a fair chance the fish will know these local types of grub as a definite food source, and it can prove an extremely effective natural bait for most native Australian species.

Also (provided you are brave enough) the left overs can make a good traditional snack should you wish to indulge in some of the history of Pre-European Australia!