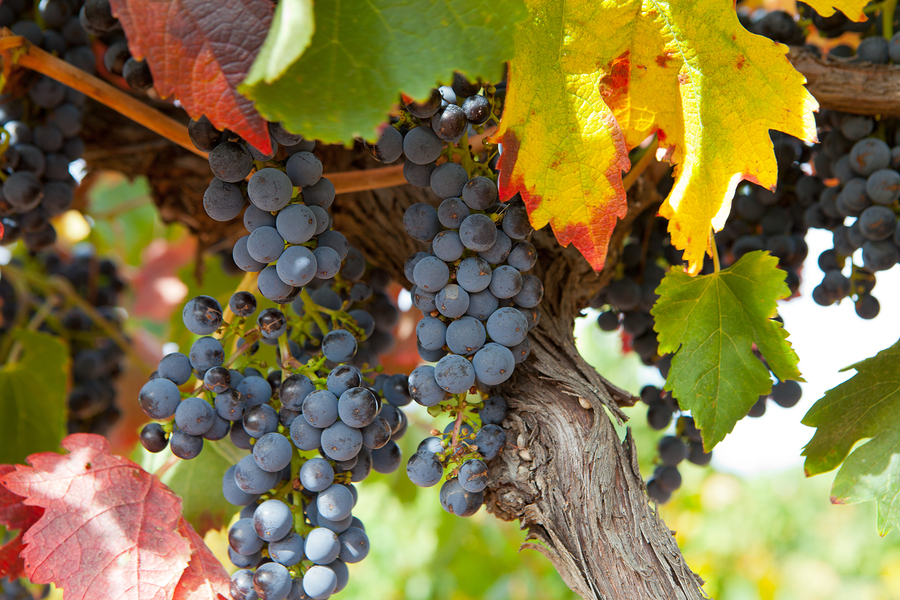 Over the years, Australian wine exports to America have come and gone.  That’s partially due to changing wine tastes and stylistic preferences, but the great Recession in America also hurt wine exporters the world over. Much of the same financial burdens being faced in America, were also being faced in the UK and elsewhere. There were simply less sales available, for everyone. Australian wine exports, much like exports from almost every wine producing country, were hurt during the recession.

Here’s how Australian wine exports have looked over the past handful of years, statistics courtesy of Wine Titles: 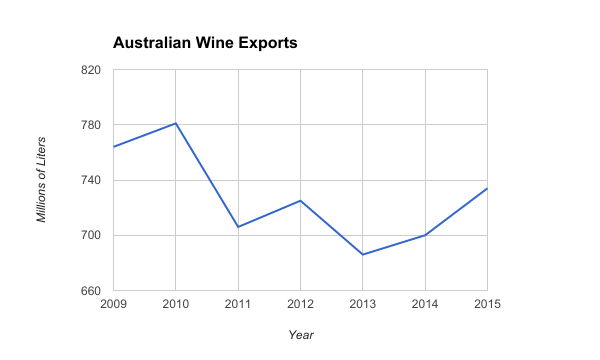 Although the market bottomed out, less than a decade ago, things have already gotten significantly better for winemakers the world over.  Australian vintners have done a good job at creating new and interesting export markets for themselves.  They have experienced massive gains in China, long thought of the last great hope for many vintners wanting to export from Australia, America and France, among others.

Things have begun to swing back toward Australia though here in California, I’m seeing an increased interest in not only the style of wines being made in Australia, but in Australian wine in general.

A few months ago, the folks behind Wine Australia held a tasting in San Francisco and I had the chance to meet winemakers and vineyard owners for approximately 50 different brands looking to export wine to America.

There were a few things that I noticed that showed that exports to America are set to continue to grow.

First and foremost, there’s a new generation of vintners making different choices than their parents did in terms of the types of grapes being planted.  For years, Australian wine seemingly was focused on cheap Cabernet Sauvignon and more expensive Shiraz (Syrah in America, normally).

At the tasting there was a wider range of varietals being offered.  Vintners had found some cooler sites for Grenache and Chardonnay.

Cabernet Sauvignon was still being planted in quite a few different sites, but vintners in Australia have migrated much of it to better sites.  No longer is Shiraz taking every best site in a vineyard, especially if a winery has any interest in exporting their wines.

Shiraz continues to be the most planted grape and most talked about grape.  But, there’s a lot more to like here, and things that wine drinkers like seemingly increase by the day.

That’s really the take away story about Australian wine.  We spend so much time talking about new world and old world wine regions.  Often we think of old world wine regions like France being set in their ways.  Of course, some are.  Others, like Italy have gone through their own Renaissance, including the very changes of the way that wine is made.  For Australia, much like every other new world region, things change over time.  Napa Valley has seen a renewed focus on acidity in wine as an example.  It’s a normal process as vintners in Australia continue to change with the times and earn greater sales worldwide based on those same efforts.

So what happens next?

I think you’ll see two things.  First, you’ll see the continued plantings of Cabernet Sauvignon in Australia. It’s the only true international grape that grows well in the country and there are easy sales to be had.  Secondly, I think you’ll see a renewed focus on an alternative white wine to Chardonnay.  Chardonnay is a crowded marketplace at best and Australia has the chance to grow some absolutely world class Marsanne, Roussane and Viognier.

Do you want to learn more about wine? If you’re an American wine consumer interested in locally produced wine, I hope you’ll have a look at my wine of the month club called Uncorked Ventures, based just outside of San Francisco: we deliver the best wines made anywhere on the west coast.

Also, please have a look at a previous post here at Adore Australia on the oldest wineries in Australia.  It’s a great roundup of the historic and long lasting impact being made by wineries in the country, many of which are advancing toward their 200th birthdays!