There are many good reasons why so many people travel to Australia. Whether it’s because they’re looking for relaxation on islands and beaches, looking for adventure or simply wishing to do some sightseeing, millions flock to this magnificent island each year. The most popular destinations are the major cities, such as Sydney, Melbourne or Perth, but other places also have a lot to offer. One of the reasons that so many holidaymakers are interested in Australia is definitely the choice of food and wine. So, let’s take a look at what you might find if you travel down under.

Australian cuisine has been changing constantly, mainly due to the fact that the country is becoming more multicultural than ever. That’s why some dishes that originated in other parts of the world, such as chicken parmigiana, have become an Australian trademark. Aussies are also known for being obsessed with grilling, and snags (aka sausages) are part of almost every BBQ party. Though the sausages are usually pork or beef, other types of meat are also used, for those more adventurous.

If you’re offered a burger with “the lot”, don’t say no. Your burger bun will be stuffed with grilled meat, salad, a slice of pineapple, pickled beetroot and a fried egg, which should fuel you for several hours at least. You can also try the world-famous meat pies, available in any flavour and with any filling, though traditional pie should be hand-sized, containing mincemeat and gravy, topped with tomato sauce. Alternatives include versions with mashed potato and mushy peas, but you can always stick to the traditional one.

In terms of deserts, the lamington is probably the most famous one. Recognised as the “national cake of Australia” and named after Lord Lamington, a former Governor of Queensland, this treat is a square-shaped sponge dipped in chocolate and coated with coconut. There are variations with two layers and a cream or jam filling. The lamington is best enjoyed with tea or coffee and you can get it in pretty much any good bakery and café. Pavlova is another famous dessert, created in honour of the Russian ballerina Anna Pavlova, this sweet contains a crispy meringue crust, light fruit filling and whipped cream topping.

Australia also boasts great rum, gin and whiskey, which is why there are so many distilleries worth visiting all over the country. Whatever your spirit of choice is, you’re sure to find it here. Finally, Australia is the world’s fifth largest exporter of wine with only about 40% of production consumed locally. More than 60 designated wine regions spreading over around 160,000 hectares produce Shiraz, Cabernet Sauvignon, Chardonnay, Merlo, Pinot Noir, Riesling and other internationally renowned wines.

It comes as no surprise that Australia is famous for its seafood. There are few better places to enjoy fresh oysters than Tasmania, while trout is particularly delicious in Western Australia. Those and other delicacies can be sampled, for example, courtesy of experts in venue hire sydney who can either deliver such food to you or help you organise an event with exquisite catering service one of their venues.

Sophie is a blogger from Australia. She spends a lot of time in kitchen, exploring new recipes. She also enjoys decorating food and home. At the end of the day, she loves to sit down, write and share her everyday experience. 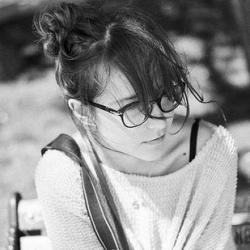 Sophie is a blogger from Australia. She spends a lot of time in kitchen, exploring new recipes. She also enjoys decorating food and home. At the end of the day, she loves to sit down, write and share her everyday experience.