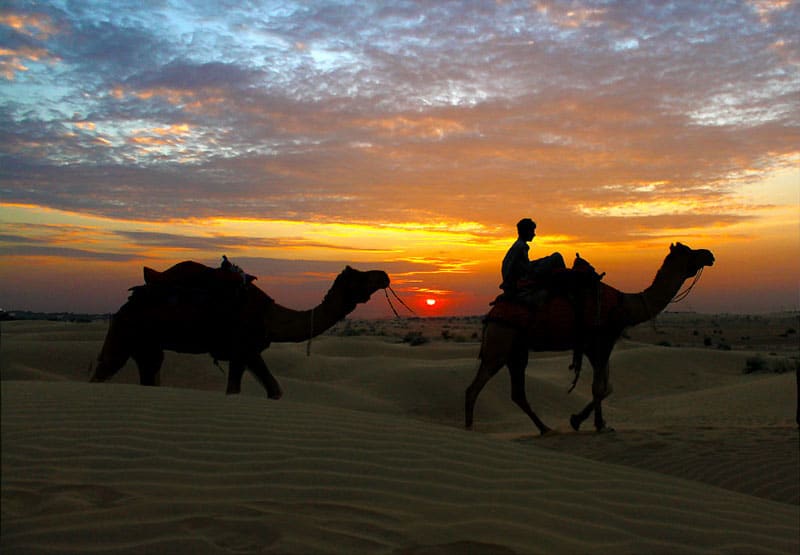 India is well known as the land of colours. Due to its diverse geography, you can find many different colours across India. Colours make us fall in love with the place. India had diverse cultures and known for its fantastic shades with rich culture. Every step of the country like the beautiful valley of flowers in Uttarakhand, Peaceful temples of Madurai and french flavoured Pondicherry will give a vibrant look.

Here is the list of top 5 colourful cities in India:

Jodhpur is the 2nd largest city in Rajasthan. It is known as the ‘blue city’ because of the blue houses surrounding the Mehrangarh fort. There is a tradition behind that, upper caste brahmins used to paint their houses with blue colour to differentiate from others.

Jaipur is also known as ‘pink city’ and is the capital of Rajasthan, founded by Maharaja Sawai Jai Singh. The city is painted with pink due to the visit of Prince Albert in 1876. The palace of the city, a marvel of Mughal and Rajput architecture, is another pink attraction that is slightly darker.

Land of massive forts, grand palaces, rich cultures, colourful clothes, sumptuous kitchens and warm people, the state of Rajasthan, in the north of India, is a rather lively destination in the deserts and sand dunes which you can explore through the Palace on Wheels Rajasthan.

Nagpur is also known as the orange city in India. It is the city that has the largest orange crop. It is the greenest city in all of India. The cultivation of oranges and their colour have made the city called Orange City. The city also has tiger reserves.

Marbat is celebrated only in the Nagpur region, especially in the city of Nagpur. People prepare statues of the forces of evil and take a procession at this festival. These statues are burned at the end and assume that all forces of evil are burned.

Jaisalmer is also known as ‘the yellow city’, located in Rajasthan. It is also called as ‘the golden city’ due to its sandstone architecture. Rajasthan is an incredible state in which to travel, with incredible colours and forts that abound. Even a quick ride through the cities of colour is well worth your time.

The desert festival is one of the most popular cultural events in Rajasthan’s annual festival calendar. This colourful event takes place every year in Jaisalmer during the months of January / February.

Valley of Flowers is the most colourful city located in Uttarakhand. Alpine shrubs and meadows, milky white streams and snow-capped peaks, combined with clean air, making it one of the most beautiful places to visit in India. The flowers that bloom here include Brahmakamal, Blue Poppy and Cobra Lily.

Valley of Flowers witnesses the wildlife like the red fox, Lime Butterfly, flying squirrel, Himalayan black bear etc..This fairyland is located in the higher altitudes of Himalayas and is protected by the snowy mountains.

Embark your jouney to the most colorful cities of Rajasthan and book the Palace on Wheels train online to make your seat reserve in advance.