The Best Running Trails in Australia You Have To Try

Running has really taken off in the last few years, and Australia is one of the best places to indulge in this unique sport. What other activity gets you physically fit and allows you immediate access to some of the most jaw-dropping terrain on the entire planet? Australian trails run alongside the gorgeous turquoise ocean, through lush rainforests and allow for plenty of wildlife encounters with tropical birds, lizards, and even kangaroos and koala bears. Go ahead and slip into the best running gear you can find, strap on your trainers, and get outside to take on some of the country’s many amazing trails.

The capital city of Australia boasts several great running options including an easy 4.86-kilometer loop trail that will bring you past some of Canberra’s sites like the National Gallery of Australia and the International Flag display. Eucalyptus trees line the Mount Ainslie trail which will lead you uphill for an impressive view of the city and Lake Burley Griffin, while also offering encounters with native birds.

Australia’s a land of beaches and two of its most famous – Bondi and Bronte – are linked by a 3-kilometer trail that’s perfect for a quick run that offers gorgeous views of the coast. One of Sydney’s premiere attractions, the trail gets crowded so arrive early.

If you’re looking to run in quieter spots where the locals gather, try out the 8-kilometer loop around the Narrabeen Lagoon on Sydney’s Northern Beaches which features tropical greenery and waterside views. 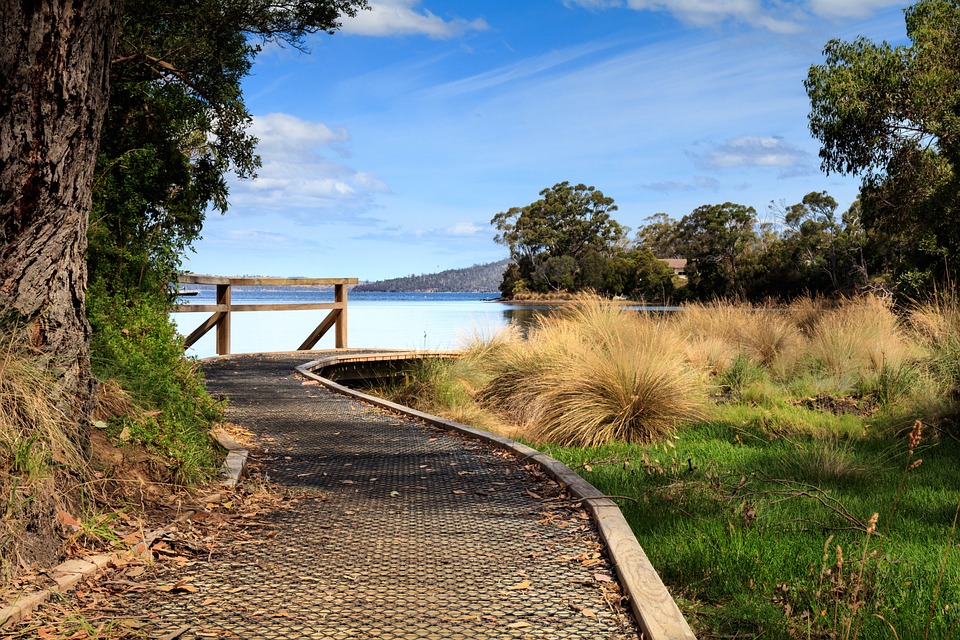 On the Gold Coast, the trail on the spit at Main Beach offers either a five-kilometer loop or a longer 10-kilometer track that leads past sand dunes and lifeguard stations, with wide ocean views. Head into central Brisbane for the extra challenge of the Kangaroo Point cliffs where you can run a riverside trail before taking 107 stairs to the top of the cliffs for a stunning view of the city and an accelerated heart rate.

Located in Perth, the Matilda Bay Preserve offers a shady run alongside the Swan River. Start at a restaurant and end at a brewery and along the way keep your eyes open for pelicans and the many bottlenose dolphins that call the river home.

If you’re looking for a more rugged, wilderness trail that’s off-the-beaten-track, head 2.5 hours south of Perth to the Jabitj Trail in Wellington National Park. There, follow the Collie River along an earth track, crossing granite slopes as you go, and take cooling plunges as needed in tranquil, shaded pools along the way.

Other areas in Australia offer exceptional runs, as well, including Darwin, the most northerly of Australia’s cities which sits on the Timor Sea and Adelaide, on the south coast. In the center of that arts-oriented city, the 35 kilometer River Torrens Linear Trail is named for the river it follows and runs between the ocean and the hills with plenty of local sites along the way.

Wherever you end up, it’s clear that Australia has plenty of beautiful places to tempt you to strap on your runners and hit the trail.