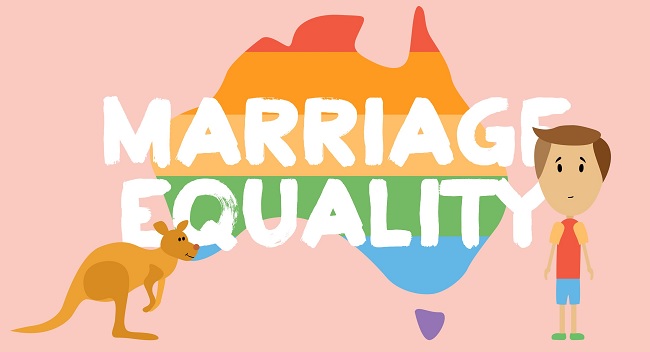 In case you haven’t been paying attention to the news…or talking to people lately, there’s a vote coming up that has the potential to change marriage laws in this country for the better, once and for all.

While there are a raft of complaints about the process that is being used; from their exorbitant cost and non-binding nature to the inaccurate system of vote tallying being used for the polls, a majority vote in favour of same sex marriage will be almost impossible for parliament to ignore. Also, it is about time too for Australia lags behind almost every other developed Western nation in its marriage laws. For many of us, despite our reservations, this is a chance to strike a blow in favour of the gay community.

However, legalising gay marriage has the potential to bring many benefits to Australia.

A Case for Equal Rights

By legislating in favour of gay marriage, the government will prove that LGBT individuals who live in this country are in no way inferior to their heterosexual counterparts. We deserve to be given the right to pursue love, liberty and lasting companionship, and to have our country validate that bond will affirm Australia’s dedication towards protecting the rights of its minority groups. This sort of support is vital to gay teens and adults who still face discrimination in their daily lives.

Major Companies are in Favour

Qantas, Telstra, Westpac and Optus — these are just some of the high profile corporate backers who have come out in favour of gay marriage. Many CEOs and businesses are realising that the LGBT community represents an educated, upwardly mobile group of individuals who are just as capable of taking part in the job market and economy as other Australians. So why aren’t we being afforded that same recognition in the eyes of the law?

By not recognizing the validity of same-sex unions, Australian government denies children of these partnerships the same protection and stability afforded to other youth. They send these children the message, that their parents’ love and companionship is not as worthy as that of straight parents. This is despite the fact that children of same-sex partnerships are often healthier and happier than their counterparts. By legalising gay marriage, the government can promote family stability and ensure that voices of these children are also heard.

Boost to the Economy

If you’re only interested in cold hard figures then consider this: the wedding industry is particularly lucrative — when same-sex marriage was legalised in the State of Massachusetts, it added an estimated $111 million dollars in wedding revenue to the economy.

A similar calculation carried out with Australia’s 33,000 strong gay population would put the added injection into the economy at $161 million over three years. So even the number crunchers have nothing to complain about here.

The People Want It

For a look at what gay men are saying about the plebiscite, just click here, but even outside the community, people all over Australia are coming out in favour of equal rights. A March 2017 poll conducted among the most conservative seats in Australia saw over 50% of people across the board come out in support of legalizing same-sex marriage. While a poll conducted by The Australian just one month before the impending plebiscite shows 67% of people definitively voting “yes” on the matter.

By continuing to deny public opinion even after an expensive and unpopular vote, the Labour dominated parliament risks losing all political credibility.